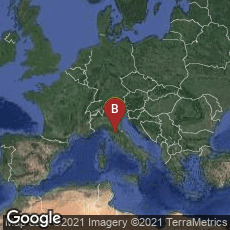 By the terms of the Patto di famiglia, Anna Maria Luisa de' Medici, Electress Palatine and last of the political, banking and royal House of Medici, bequeathed the Medici art collections, assembled since the 16th century, including the contents of the Uffizi, Palazzo Pitti and the Medici villas, and her Palatine treasures, to the Tuscan state, on the condition that no part of it could be removed from "the Capital of the grand ducal [sic] State....[and from] the succession of His Serene Grand Duke."

"Anna Maria Luisa's single most enduring act was the Family Pact. It ensured that all the Medicean art and treasures collected over nearly three centuries of political ascendancy remained in Florence. Cynthia Miller Lawrence, an American art-historian, argues that Anna Maria Luisa thus provisioned for Tuscany's future economy through tourism. Sixteen years after her death, the Uffizi Gallery, built by Cosimo the Great, the founder of the Grand Duchy, was made open to public viewing" (Wikipedia article on Anna Maria Luisa de' Medici, accessed 09-29-2010).