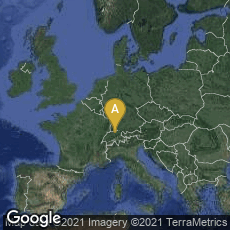 Under the editorship of Albert Bruckner and Robert Marichal publication of the Chartae Latinae Antiquiores by Urs Graf Verlag in Dietikon, Switzerland, began in 1954.

Intended as supplement the Codices Latini Antiquiores of E.A. Lowe, the CLA constitutes a photographic catalogue of all Latin 'literary' manuscripts rather than codices, written on papyrus or parchment, which antedate 800 CE. It was necessary to provide a codicological description of each one of them and a photograph of some lines each. The 49th and last volume in this series appeared in 1997.

The second series (ChLA2), founded by Guglielmo Cavallo and Giovanna Nicolaj,  and beginning with volume 50, intends to publish all the documents surviving from 800 to 900 CE preserved in European archives and libraries. The first phase of the project dedicated to Italy reached Volume 75. Including the Appendix it will be completed with Volume 99. Volume 100 marks the beginning of the series dedicated to St. Gall, with 13 volumes the largest collection of charters besides Italy. The publication of the charters should eventually be extended to the other European countries.