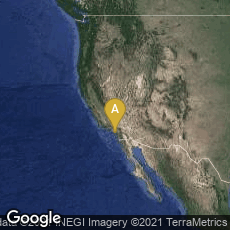 In 1974 chemist Frank Sherwood Rowland of the University of California, Irvine and his post-doctoral student, Mario J. Molina, suggested that long-lived organic halogen compounds, such as chlorofluorocarbons (CFCs), could reach the stratosphere where they would be dissociated by UV light, releasing chlorine atoms.

"The Rowland-Molina hypothesis was strongly disputed by representatives of the aerosol and halocarbon industries. The Chair of the Board of DuPont was quoted as saying that ozone depletion theory is "a science fiction tale...a load of rubbish...utter nonsense". Robert Abplanalp, the President of Precision Valve Corporation (and inventor of the first practical aerosol spray can valve), wrote to the Chancellor of UC Irvine to complain about Rowland's public statements. Nevertheless, within three years most of the basic assumptions made by Rowland and Molina were confirmed by laboratory measurements and by direct observation in the stratosphere. The concentrations of the source gases (CFCs and related compounds) and the chlorine reservoir species (HCl and ClONO2) were measured throughout the stratosphere, and demonstrated that CFCs were indeed the major source of stratospheric chlorine, and that nearly all of the CFCs emitted would eventually reach the stratosphere. Even more convincing was the measurement, by James G. Anderson and collaborators, of chlorine monoxide (ClO) in the stratosphere. ClO is produced by the reaction of Cl with ozone — its observation thus demonstrated that Cl radicals not only were present in the stratosphere but also were actually involved in destroying ozone. McElroy and Wofsy extended the work of Rowland and Molina by showing that bromine atoms were even more effective catalysts for ozone loss than chlorine atoms and argued that the brominated organic compounds known as halons, widely used in fire extinguishers, were a potentially large source of stratospheric bromine. In 1976 the United States National Academy of Sciences released a report which concluded that the ozone depletion hypothesis was strongly supported by the scientific evidence. Scientists calculated that if CFC production continued to increase at the going rate of 10% per year until 1990 and then remain steady, CFCs would cause a global ozone loss of 5 to 7% by 1995, and a 30 to 50% loss by 2050. In response the United States, Canada and Norway banned the use of CFCs in aerosol spray cans in 1978" (Wikipedia article on Ozone depletion, accessed 11-26-2010).

In 1995 Rowland and Molina shared the Nobel Prize in Chemistry with Dutch chemist Paul Crutzen for "for their work in atmospheric chemistry, particularly concerning the formation and decomposition of ozone."