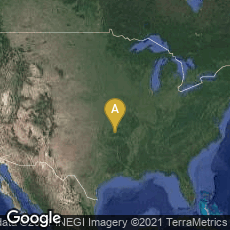 Image Source: www.amazon.com
Cover of CD of Wu Man's Immeasurable Light. (When I searched for an image for this cover in September 2020 the music was streaming from amazon music, and the CD could also be purchased.)

The recording was a partnership between Wu Man, a renowned virtuoso of the pipa, a 4-string lute-like Asian instrument for which the ancient melodies were written, the Kronos Quartet, and Rembrandt F. Wolpert, a professor of ethnomusicology at the Center for the Study of Early Asian and Middle Eastern Musics at Fulbright College, University of Arkansas.

"The ancient manuscripts, written in Japanese and Chinese calligraphy, show only the tablature or finger positions for how to play the instrument, but do not include the actual pitches.

"Professor Wolpert (who took the Chinese name 'Wu Ren Fan'—meaning a sailboat free from tasks) gave himself the job of musical archeologist. Joining 'translate' and 'notate,' he coined the term 'transnotate' to describe a unique process of translating these ancient Chinese and Japanese manuscripts written in characters into Western musical notation. He used a computer program and a musical grammatical system that he designed himself.

"Pipa virtuoso Wu Man then played the translated music and the results for the listener are to hear, as nearly as possible, those ancient melodies. The performance was further rounded out by the Kronos Quartet, Wu’s long-time collaborating team" (http://www.theepochtimes.com/n2/content/view/46618/, accessed 11-28-2010).