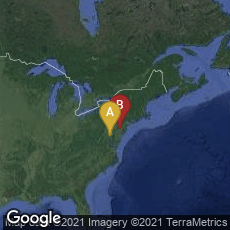 Three months later, on July 31, 1790 Samuel Hopkins of Philadelphia, received the first U.S. patent for an improvement in "the making of Pot ash and Pearl ash by a new Apparatus and Process." President George Washington signed the patent, as did Attorney General Edmund Randolph and Secretary of State Thomas Jefferson. The original document is preserved in the Chicago History Museum. The existence of an effective patent system was a powerful motivating force for innovation in the Industrial Revolution.