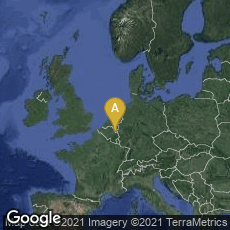 The Wikipedia Studies the Sociology of Wikipedians "Wikipedia is in the palm of your hand—all you need to do is edit an article."

A joint study of the Wikipedia contributor population by the United Nations University and the Maastricht Economical and social Research and training centre on Innovation and Technology (UNU-MERIT) suggested on March 2010 that Wikipedians 9contributors to the Wikipedia) were over 85% male and in their mid-20s.

"  UNU-Merit (United Nations University-Merit) completed a survey in 2010 of Wikipedia users, including both contributors (registered and unregistered) and readers.[5] 176,192 people chose to participate, approximately 58,000 of whom were contributors to Wikipedia. Many of the findings were reported as an aggregate and were not separated by user type. Only the statistics relevant to Wikipedians are presented. In 2011, the WMF (Wikimedia Foundation) presented a questionnaire to logged-in Wikipedia editors (does not include unregistered Wikipedians) to gain a better understanding of the demographics, perceptions and motivations of Wikipedians.[6] Just of 5,000 people responded to the survey. Here are the results of both surveys:

UNN-Merit reported the average age of contributors at 26.14 years, but did not provide a greater breakdown of age by user type.[5]

"WMF reported 43% of respondents are currently enrolled in school or post-secondary education.[6]

According to the WMF findings, the top three countries where Wikipedia contributors reside are the United States (20%), Germany (12%), and Russia (7%). The primary language of Wikipedia contributors is English (52%) followed by German (18%) with Russian and Spanish coming in third at 10% each. The UNN-Merit study did not breakdown language and country of residence in terms of type of participation with Wikipedia.

According to UNU-Merit, 87 percent of Wikipedians are men and 13 percent are women.[5]

According to the 2011 WMF survey, although the percentage of female editors continues to increase, ninety percent of Wikipedians are male, nine percent female, and one percent transgender/transsexual.[6]

The significant under-representation of women results in persistently unbalanced coverage (e.g. articles related to football are much more developed than articles related to motherhood[dubious – discuss]) in Wikipedia.[citation needed] Experienced female editors can be very successful—they are more likely to become administrators than men—but as new editors, their good-faith contributions are more likely to be reverted than good-faith contributions by a man.[7]

More information regarding the gender gap can be found at meta:Gender gap."