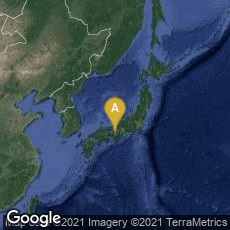 The Actroid: A Humanoid Robot and Android In November 2003 Hiroshi Ishiguro (石黒浩 Ishiguro Hiroshi), director of the Intelligent Robotics Laboratory, part of the Department of Adaptive Machine Systems(知能・機能創成工学専攻) at Osaka University, Japan, developed the actroid, a humanoid robot and android with a lifelike appearance and visible behavior such as facial movements.

"In robot development, Professor Ishiguro concentrates on the idea of making a robot that is as similar as possible to a live human being; at the unveiling in July 2005 of the "female" android named Repliee Q1Expo, he was quoted as saying 'I have developed many robots before, but I soon realised the importance of its appearance. A human-like appearance gives a robot a strong feeling of presence. ... Repliee Q1Expo can interact with people. It can respond to people touching it. It's very satisfying, although we obviously have a long way to go yet.' In his opinion, it may be possible to build an android that is indistinguishable from a human, at least during a brief encounter" (Wikipedia article on Hiroshi Ishiguro, accessed 03-05-2011).

In 2007 Ishiguro described an android that resembles himself, called the Geminoid, but dubbed by Wired (April 2007) his 'Creepy Robot Doppelganger'.