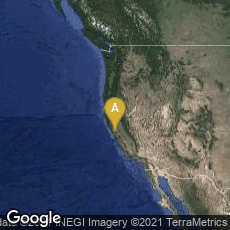 "Physical Archiving is Still an Important Function in the Digital Era."The Internet Archive Builds an Archive of Physical Books

The Physical Archive Building of the Internet Archive.

In one of the more ironic developments since the Internet, the Internet Archive is creating a Physical Archive in Richmond, California, of all books they scanned that they did not have to return to institutional libraries, and of other physical books as well. Their goal is to collect "one coy of every book." Their purposes in doing this are that the physical books are authentic and original versions that can be used in the future, and "If there is ever a controversy about the digital version, the original can be examined." The physical books are being being stored in the most compact archival fashion in environmentally controlled shipping containers placed in warehouses—not in the way an institutional library would store them if they had to provide regular access.

"Digital technologies are changing both how library materials are accessed and increasingly how library materials are preserved. After the Internet Archive digitizes a book from a library in order to provide free public access to people world-wide, these books go back on the shelves of the library. We noticed an increasing number of books from these libraries moving books to 'off site repositories'  to make space in central buildings for more meeting spaces and work spaces. These repositories have filled quickly and sometimes prompt the de-accessioning of books. A library that would prefer to not be named was found to be thinning their collections and throwing out books based on what had been digitized by Google. While we understand the need to manage physical holdings, we believe this should be done thoughtfully and well.

"Two of the corporations involved in major book scanning have sawed off the bindings of modern books to speed the digitizing process. Many have a negative visceral reaction to the “butchering” of books, but is this a reasonable reaction?

"A reason to preserve the physical book that has been digitized is that it is the authentic and original version that can be used as a reference in the future. If there is ever a controversy about the digital version, the original can be examined. A seed bank such as the Svalbard Global Seed Vault is seen as an authoritative and safe version of crops we are growing. Saving physical copies of digitized books might at least be seen in a similar light as an authoritative and safe copy that may be called upon in the future.

"As the Internet Archive has digitized collections and placed them on our computer disks, we have found that the digital versions have more and more in common with physical versions. The computer hard disks, while holding digital data, are still physical objects. As such we archive them as they retire after their 3-5 year lifetime. Similarly, we also archive microfilm, which was a previous generation’s access format. So hard drives are just another physical format that stores information. This connection showed us that physical archiving is still an important function in a digital era.

"Therefore we have determined that we will keep a copy of the books we digitize if they are not returned to another library. Since we are interested in scanning one copy of every book ever published, we are starting to collect as many books as we can" (http://blog.archive.org/2011/06/06/why-preserve-books-the-new-physical-archive-of-the-internet-archive/, accessed 06-09-2011).

"Mr. Kahle had the idea for the physical archive while working on the Internet Archive, which has digitized two million books. With a deep dedication to traditional printing — one of his sons is named Caslon, after the 18th-century type designer — he abhorred the notion of throwing out a book once it had been scanned. The volume that yielded the digital copy was special.

"And perhaps essential. What if, for example, digitization improves and we need to copy the books again?

“ 'Microfilm and microfiche were once a utopian vision of access to all information,' Mr. Kahle noted, 'but it turned out we were very glad we kept the books' " (http://www.nytimes.com/2012/03/04/technology/internet-archives-repository-collects-thousands-of-books.html?nl=todaysheadlines&emc=tha25, accessed 03-30-2012).