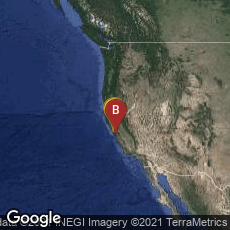 College Textbooks Make a Slower Transition from Print to Digital College textbooks are slower to make the transition from print to digital than autobiographies, murder mysteries, romance novels and self-help books.

"Although sites like CourseSmart , a collective effort among the five biggest American academic publishers to offer digital content, have made e-textbooks widely available at prices that are as much as 60 percent lower than the print editions, sales have yet to catch up; e-textbooks made up only 2.8 percent of total U.S. textbook sales in 2010, according to the National Association of College Stores.

"But a new study by the nonprofit arm of the Pearson Foundation shows that while 55 percent of students still prefer print over digital textbooks, among the 7 percent of students who own tablets devices like iPads, 73 percent prefer digital textbooks. With 70 percent of college students interested in owning a tablet, and 15 percent saying they plan to buy one in the next six months, the survey suggests that there may be a coming rise in the e-textbook market.

"For the e-textbook market, the Pearson Foundation’s study represents an optimistic departure from data released in January by the Book Industry Study Group, or B.I.S.G., which concluded that 75 percent of students still prefer print textbooks to digital.  'Those B.I.S.G. statistics are really not surprising,' said Matt MacInnis, chief executive of Inkling, a San Francisco startup that has designed an application to help major academic publishers, like McGraw-Hill and Pearson, recreate their higher education textbooks for the iPad. In the process, Inkling has become the front-runner in the tablet-textbook market.

“ 'Up until now, digital textbooks were a flat — no value-added PDF version of the print edition, so you’re basically asking students if they prefer an inferior product,' Mr. MacInnis said. 'So it’s no surprise students weren’t interested.' Inkling seeks to resolve the basic issues that many students have found problematic on PDF versions of textbooks, like the difficulty of highlighting and note-taking. The company’s textbooks also use audio, video and interactive features like quizzes and note-sharing tools to create content that Mr. MacInnis calls 'light years better than what you can get in print.'

"In the Inkling version of 'The Art of Public Speaking' by Stephen E. Lucas, students can listen to the top 100 American speeches, watch corresponding video, and follow along on a printed transcript. Students can zoom in on a photo in a biology textbook, and hit a play button to hear a symphony in a music textbook.  'We’re looking to redefine the medium – we’re rebuilding learning content from the ground up,' Mr. MacInnis said.

"Inkling offers fewer than 30 titles, but by this autumn, Mr. MacInnis estimates that 100 titles will be ready for sale. Inkling’s titles are about 20 percent less expensive than a new edition of the print textbook, but they are also available by the chapter for $2.99.

"As more companies enter the tablet textbook market, textbook prices will most likely decrease as competition heats up, said Osman Rashid, chief executive of Kno, a Silicon Valley startup that is to introduce a textbook application, also for the iPad, this week.

“ 'We’re just at the beginning of this market’s potential,' he said. The company plans to expand its software soon to tablets powered by Android, the Google operating system.

"Mr. Rashid, who was a co-founder of Chegg.com, the popular online textbook rental site, said he was unable to disclose details of the platform until its debut but said Kno has been working with the major academic publishers.

"Whether publishers will distribute their top-selling titles to multiple tablet-textbook applications or whether it will be a winner-takes-all market remains to be seen. In the meantime, publishers are looking to enter the existing market.

“ 'There’s really no telling where the market will go, or how this will play out — none of us know the answer, but the tablet is creating some really exciting opportunities,' said Jeff Shelstad, chief executive of Flat World Knowledge, a publisher of college textbooks.

Under an open license model, Flat World’s textbooks can be edited by individual professors to fit a specific course. Flat World allows students to get the book online free, and offers other formats, like print and e-textbook for a fee. Flat World is now looking to redevelop their textbooks for the tablet market as well, and is in talks with Inkling.

“ 'In this industry, print has been the premium experience. In our model, it’s the degraded experience, and this means we’ll have an easier time translating into the tablet market,' Mr. Shelstad said.

"Hal Plotkin, the senior policy advisor in the Office of the Under Secretary of Education in the Obama administration, says he thinks that the tablet textbook market is raising some interesting possibilities.

“ 'There’s a long way to go,' he said, 'but this is getting a discussion going, and it’s widening the playing field in terms of content providers.'

"Mr. Plotkin said he expected to see a complete overhaul in 'educational delivery systems' over the next 15 years. 'Affordable technologies,' he said, 'are coming together with ubiquitously available, high-quality, teaching and learning resources to create a real revolution.' "(http://www.nytimes.com/2011/06/06/business/media/06iht-EDUCSIDE06.html?_r=1&scp=1&sq=digital%20textbooks%20slow%20to%20catch%20on&st=cse