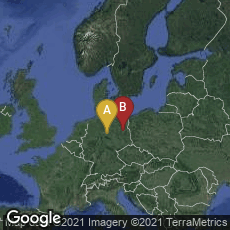 The Copiale Cipher is Decrypted: Initiation into a Secret Society of Oculists The Copiale Cipher, an encrypted manuscript from circa1760-80, perserved at the German Academy of Sciences at Berlin, consisting of 75,000 characters on 105 pages, was decoded in April 2011 by an international team lead by Kevin Knight of the University of Southern California, using computer techniques.

The cipher employed in the manuscript consists of 90 different characters, from Roman and Greek letters, to diacritics and abstract symbols. Catchwords (preview fragments) of one to three or four characters are written at the bottom of left–hand pages. The plain-text letters of the message were found to be encoded by accented Roman letters, Greek letters and symbols, with unaccented Roman letters serving only to represent spaces.

"The researchers found that the initial portion of 16 pages describes an initiation ceremony for a secret society, namely the "high enlightened (Hocherleuchtete) oculist order" of Wolfenbüttel. A parallel manuscript is kept at the Staatsarchiv Wolfenbüttel. The document describes, among other things, an initiation ritual in which the candidate is asked to read a blank piece of paper and, on confessing inability to do so, is given eyeglasses and asked to try again, and then again after washing the eyes with a cloth, followed by an 'operation' in which a single eyebrow hair is plucked "(Wikipedia article on Copiale Cipher, accessed 12-11-2011).