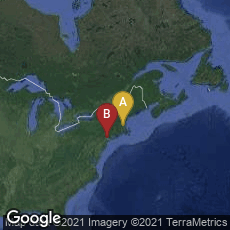 "The advent of the Internet, with sophisticated algorithmic search engines, has made accessing information as easy as lifting a finger. No longer do we have to make costly efforts to find the things we want. We can “Google” the old classmate, find articles online, or look up the actor who was on the tip of our tongue. The results of four studies suggest that when faced with difficult questions, people are primed to think about computers and that when people expect to have future access to information, they have lower rates of recall of the information itself and enhanced recall instead for where to access it. The Internet has become a primary form of external or transactive memory, where information is stored collectively outside ourselves."

"In a development that would have seemed extraordinary just over a decade ago, many of us have constant access to information. If we need to find out the score of a ball game, learn how to perform a complicated statistical test, or simply remember the name of the actress in the classic movie we are viewing, we need only turn to our laptops, tablets, or smartphones and we can find the answers immediately. It has become so commonplace to look up the answer to any question the moment it occurs that it can feel like going through withdrawal when we can’t find out something immediately. We are seldom offline unless by choice, and it is hard to remember how we found information before the Internet became a ubiquitous presence in our lives. The Internet, with its search engines such as Google and databases such as IMDB and the information stored there, has become an external memory source that we can access at any time.

"Storing information externally is nothing particularly novel, even before the advent of computers. In any long-term relationship, a team work environment, or other ongoing group, people typically develop a group or transactive memory (1), a combination of memory stores held directly by individuals and the memory stores they can access because they know someone who knows that information. Like linked computers that can address each other’s memories, people in dyads or groups form transactive memory systems (2, 3). The present research explores whether having online access to search engines, databases, and the like, has become a primary transactive memory source in itself. We investigate whether the Internet has become an external memory system that is primed by the need to acquire information. If asked the question whether there are any countries with only one color in their flag, for example, do we think about flags or immediately think to go online to find out? Our research then tested whether, once information has been accessed, our internal encoding is increased for where the information is to be found rather than for the information itself."

An article by Alexander Bloom published in Harvard Magazine, November 2011 had this to say regarding the research:

"Wegner, the senior author of the study, believes the new findings show that the Internet has become part of a transactive memory source, a method by which our brains compartmentalize information. First hypothesized by Wegner in 1985, transactive memory exists in many forms, as when a husband relies on his wife to remember a relative’s birthday. '[It is] this whole network of memory where you don’t have to remember everything in the world yourself,' he says. 'You just have to remember who knows it.' Now computers and technology as well are becoming virtual extensions of our memory. The idea validates habits already forming in our daily lives. Cell phones have become the primary location for phone numbers. GPS devices in cars remove the need to memorize directions. Wegner points out that we never have to stretch our memories too far to remember the name of an obscure movie actor or the capital of Kyrgyzstan—we just type our questions into Google. 'We become part of the Internet in a way,' he says. 'We become part of the system and we end up trusting it.' "(http://harvardmagazine.com/2011/11/how-the-web-affects-memory, accessed 12-11-2011).