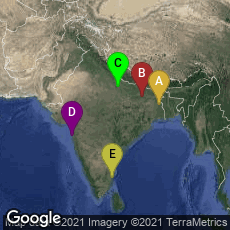 About 300 BCE the economic growth and political stability under the Maurya Empire in ancient India saw the development of civil infrastructure, including an early mail service. Common chariots called Dagana were sometimes used as mail chariots in ancient India.

"In ancient times the kings, emperors, rulers, zamindars or the feudal lords protected their land through the intelligence services of specially trained police or military agencies and courier services to convey and obtain information through runners, messengers and even through pigeons. The chief of the secret service, known as the postmaster, maintained the lines of communication ... The people used to send letters to [their] distant relatives through their friends or neighbors." (Wikipedia article on Postal System, accessed 12-17-2011)