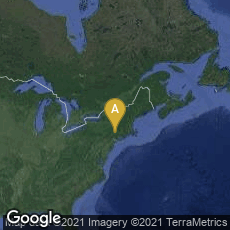 Among the Earliest Hypertext Fiction: "Afternoon, a story" In 1987 American author, critic, and professor of English and media studies at Vassar College Michael Joyce composed Afternoon, a story. This was first offered to the public as a demonstration of the hypertext authoring system Storyspace announced in 1987 at the first Association for Computing Machinery Hypertext conference in a paper by Michael Joyce and Jay David Bolter.

In 1990, Afternoon, a story was published on diskette and distributed by Eastgate Systems, producers of Storyspace.

Afternoon, a story is considered one of the first published hypertext fiction (hyperfiction) a non-linear, interactive electronic literary form as compared to traditional linear fiction. Hypertext fiction was preceded by nonlinear printed narratives such as James Joyce's Ulysses (1922) in which a nonlinear narrative and interactive narrative was achieved through internal references within the printed text.