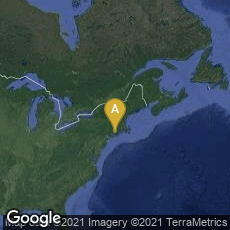 Screenshot of Ion Torrent products from their website as a division of ThermoFisher, image taken in September 2020

On January 10, 2012 Jonathan M. Rothberg, CEO of Guilford, Connecticut-based biotech company Ion Torrent, announced a new tabletop sequencer using Ion semiconductor sequencing called the Ion Proton. The company introduced the device at the Consumer Electronics Show in Las Vegas on January 10. At $149,000, the new machine was about three times the price of the Personal Genome Machine, the sequencer that the company debuted about a year ago. But the DNA-reading chip inside it was 1,000 times more powerful, according to Rothberg, allowing the device to sequence an entire human genome in a day for $1,000—a price the biotech industry has been working toward for years because it would bring the cost down to the level of a medical test.

'The technology got better faster than we ever imagined,'Rothberg says. 'We made a lot of progress on the chemistry and software, then developed a new series of chips from a new foundry.' The result is a technology progression that has moved faster than Moore's law, which predicts that microchips will double in power roughly every two years.

"Ion Torrent's semiconductor-based approach for sequencing DNA is unique. Currently, optics-based sequencers, primarily from Illumina, a San Diego-based company, dominate the human genomics field. But, while the optics-based sequencers are generally considered more accurate, these machines cost upwards of $500,000, putting them out of reach for most clinicians. Meanwhile, at Ion Torrent's price, "you can imagine one in every doctor's office," says Richard Gibbs, director of Baylor College of Medicine's human genome sequencing center in Houston, which will be among the first research centers to receive a Proton sequencer.

"The new Ion Torrent sequencer will also allow researchers to buy a chip that sequences only exons, the regions of the genome that encode proteins. Exons only account for about 5 percent of the human genome, according to the National Human Genome Research Institute, but they are where most disease-causing mutations occur, making so-called exome sequencing a faster and potentially cheaper option for many researchers. Although it's the same price as the genome chip, the Ion Torrent exome chip can sequence two exomes at a time, bringing the per-sequence cost down to $500.

"Whether Ion Torrent's new technology will be enough to make it the dominant supplier of these tools remains to be seen. A day after the company debuted the Proton sequencer, Illumina also announced that it, too, had reached the $1,000 genome milestone" (http://www.technologyreview.com/biomedicine/39458/?nlid=nldly&nld=2012-01-13, accessed 01-13-2013).