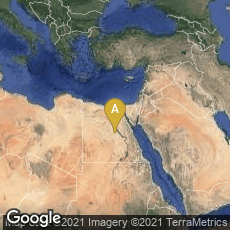 A Papyrus Codex, the Earliest Known Greek Manuscript of the Four Gospels

"On its discovery in 1931, this remarkable survival became the earliest known Greek manuscript of the Four Gospels by at least 100 years. Originally comprising around 220 leaves arranged in gatherings of two leaves, the manuscript demonstrates that Christians used the book (or codex) form for their Scriptures rather than the roll format, from an early date. The papyrus fragments also show that the Four Gospels circulated together. Most of the surviving fragments of the text consist of sections of the Gospels of Sts Luke and John, but enough of the text from the other two Gospels and Acts remains to enable the overall content and structure of the codex to be identified. The texts that they preserve reveal that there were slightly different versions of the Gospels circulating by the beginning of the third century. For example, verse 24, starting ten lines down, includes the additional words 'the birds of heaven' in the phrase 'Consider the ravens: they do not sow or reap', language that is similar to that found in St. Matthew's account (6:26)" (Reeve [ed.] Sacred. Books of the Three Faiths: Judaism, Christianity, Islam [2007] 64-65).