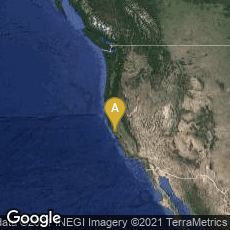 in 1982 George Lucas's Industrial Light and Magic (ILM), San Rafael, California, created the first completely computer-generated cinematic image (CGI) sequence in a feature film in Star Trek II: The Wrath of Khan. The sequence lasted sixty seconds. Prior to this film all animation in films had to be done by hand, frame by frame. In Star Trek II: The Wrath of Khan nearly all the special visual effects were done by photographing models, or other analog methods. Only the one minute sequence applied computer graphics.

"The Wrath of Khan was one of the first films to extensively use electronic images and computer graphics to speed production of shots. Computer graphics company Evans & Sutherland produced the vector graphics displays aboard the Enterprise and the fields of stars used in the opening credits. Among ILM's technical achievements was cinema's first entirely computer-generated sequence: the demonstration of the effects of the Genesis Device on a barren planet. The first concept for the shot took the form of a laboratory demonstration, where a rock would be placed in a chamber and turned into a flower. [Effects supervisor Jim] Veilleux suggested the sequence's scope be expanded to show the Genesis effect taking over a planet. While Paramount appreciated the more dramatic presentation, they also wanted the simulation to be more impressive than traditional animation. . . ." (Wikipedia article on Start Trek II: The Wrath of Kahn, accessed 03-12-2012).

The "genesis effect" scene of Star Trek II: The Wrath of Khan featured an entire fractally-landscaped planet produced by Loren Carpenter. Prior to developing this fractally-landscaped planet Carpenter had created the first realistic computer-generated film using fractal geometry— the two-minute short, Vol Libri. The Director's Edition DVD version of Star Trek II: The Wrath of Khan issued in 2002 contained as part of its special features on disc 2 a discussion of the Visual Effects of the film.  In this the computer graphics aspect was only briefly mentioned; nearly all of the content concerned analog devices such as photographing models.

Evans & Sutherland Commercialize the Use of Computers as Simulators