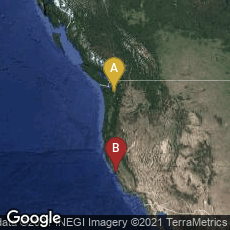 “ 'Amazon must be unbelievably happy today,' said Michael Norris, a book publishing analyst with Simba Information. 'Had they been puppeteering this whole play, it could not have worked out better for them.'

"Amazon, which already controls about 60 percent of the e-book market, can take a loss on every book it sells to gain market share for its Kindle devices. When it has enough competitive advantage, it can dictate its own terms, something publishers say is beginning to happen.

"The online retailer declined to comment Wednesday beyond its statement about lowering prices. Asked last month if Amazon had been talking to the Justice Department about the investigation — a matter of intense speculation in the publishing industry — a spokesman, Craig Berman, said, 'I can’t comment.'

"Traditional bookstores, which have been under pressure from the Internet for years, fear that the price gap between the physical books they sell and e-books from Amazon will now grow so wide they will lose what is left of their market. Barnes & Noble stores, whose Nook is one of the few popular e-readers that is not built by Amazon, could suffer the same fate, analysts say.

“ 'To stay healthy, this industry needs a lot of retailers that have a stake in the future of the product,' Mr. Norris said. 'The bookstore up the street from my office is not trying to gain market share. They’re trying to make money by selling one book at a time to one person at a time.'

"Electronic books have been around for more than a decade, but took off only when Amazon introduced the first Kindle e-reader in 2007. It immediately built a commanding lead. The antitrust case had its origins in the leading publishers’ struggle to control the power of Amazon, which had one point had 90 percent of the market.