Image Source: unbound.williams.edu
First printed edition of the Articles of Confederation and Perpetual Union. This is an image of the first page of the superfine Williams College copy, one of only 9 surviving copies. 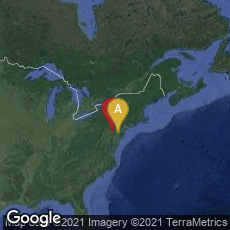 The Articles of Confederation and Perpetual Union Establish the U.S. as Confederation of 13 Founding States & Serve as its First Constitution Image Source: en.wikipedia.org
The original manuscript of the Articles of Confederation, ratified in 1781.

Drafted on November 15, 1777, The Articles of Confederation and Perpetual Union established the United States of America as a confederation of 13 founding states, and served as its first constitution. Its drafting by the Continental Congress began in mid 1776, and an approved version was sent to the states for ratification in late 1777. Once approved, the Articles were printed by Francis Bailey in Lancaster, Pennsylvania in a very small edition intended for distribution to state governors who were to submit them to their legislatures and local press in anticipation of the state-by-state ratification process. This process had to be unanimous.

"On March 1, 1781, Maryland became the thirteenth state to ratify, having held out until the larger states with western boundaries that extended as far as the Mississippi had ceded their lands northwest of the Ohio River to the common government. Under the Articles, the new nation was organized as a federal union of independent states with authority vested in a single body, the Congress of Confederation. There was no Executive Branch and no provision for a federal Judiciary except for certain cases of court-martial. Congress had only those powers, and they were few, specifically granted to them by the states as common concerns. These chiefly related to military and foreign diplomatic initiatives required in the face of war with Great Britain.

"The weakness of this confederation became increasingly apparent when the War for Independence was over and the staggering debt repayment, which Congress under the Articles could proportionally assess but not directly collect, became a point of conflict between the states and a source of intense domestic strife within several of the states" (https://unbound.williams.edu/williamsarchives/islandora/object/foundingdocuments%3A3, accessed 04-22-2012).

The original edition of the Articles of Confederation has been called "the most sumptuously printed major American document of the 18th century." In 2012 nine copies were recorded.