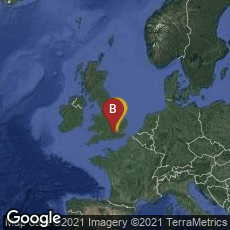 The Scottish economist John Ramsay McCulloch, Professor of political economy at University College London, wrote extensively on economic policy, and was a pioneer in the collection, statistical analysis and publication of economic data. His The Literature of Political Economy. A Classified Catalogue of Select Publications in the Different Departments of That Science with Historical, Critical, and Biographical Notices, published in London in 1845, was the first annotated and classified bibliography of classics in the historical literature of economics. Some of the annotations extend for more than a page and include extensive quotations. Each section begins with a general introduction, followed by a list of the principal works relating to that aspect of political economy, with notes on the individual works. There is a comprehensive author, title and subject index.

McCulloch was a noted book collector of books on a wide range of subjects besides economics. He published privately a listing of his library as  A Catalogue of Books, the Property of the Author of the Commercial Dictionary (London, 1856). McCulloch was also one of the earliest clients of the London bookseller Bernard Quaritch, and they remained close friends. In his Contributions towards a Dictionary of British Book-Collectors, fascicule VI, Quaritch and historian of economics James Bonar published reminiscences of McCulloch, a photograph, and two facsimiles of letters from McCulloch to Quaritch. After McCulloch's death in 1864 Quaritch sold McCulloch's library to McCulloch's friend, the banker and politician Samuel Jones-Loyd, 1st Baron Overstone for £5000. Bonar states that a significant portion of the books were destroyed in a fire at Overstone's house soon afterward. Lord Overstone's daughter bequeathed the surviving portion of McCulloch's library to the University of Reading.