Papers of Howard Carter primarily relating to the Tomb of Tutankhamum sold at Bonhams, London in 2012. 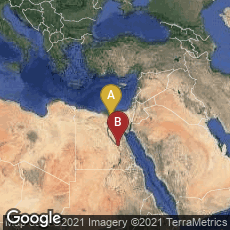 Discovery of the Tomb of Tutankhamum On November 4, 1922 British Egyptologist Howard Carter discovered the tomb of Egyptian pharaoh of the 18th dynasty Tutankhamum underneath the remains of workmen's huts built during the Ramesside Period. Nearly intact, this was the only virtually undisturbed tomb of an Egyptian pharoah ever found. Known as KV62, the tomb of Tutankhamum in the Valley of the Kings became world famous for the treasure it contained. Excavation was not completed until November 1930.

The great majority of the incomparable treasures from Tutankhamum's tomb are preserved in Cairo's Egyptian Museum. Through loan exhbitions in other museums, many have been viewed by millions of people around the world.  However, various treasures from the tomb also somehow made their way into other museums, such as the Metropolitan Museum of Art, leading some to suggest that Carter, who was also an agent for building museum collections, stole certain items from the tomb before turning over all the finds to the Egyptian government.

In 1923, 1927, and 1933 Carter published a three-volume account of the discovery entitled The Tomb of Tut·Ankh·Amen Discovered by the late Earl of Carnarvon and Howard Carter.

On June 12, 2012 a significant portion of Carter's personal papers concerning the discovery remaining with his descendents were offered for sale at auction by Bonham's in London with an estimate of £100,000-150,000. They were sold for £109,250.