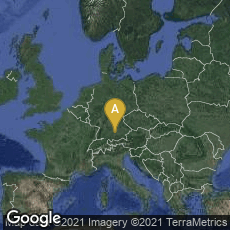 Hans Rost's The Literature and Culture of Suicide, Illustrated In 1927 journalist and suicide researcher Hans Rost published one of the more unusual specialized bibliographies: Bibliographie des Selbstmords mit textlichen Einführungen zu Jedem Kapitel.  This bibliography on the literature of suicide considered the subject from many points of view including philosophical, medical, psychological, religious, literary, and artistic, as well as topics like family suicide, mass suicide and euthanasia, from the 15th to 20th centuries. The bibliography listed about 4000 works in thematic chapters, to each of which Rost wrote an introduction. The book included 54 illustrations, which may have represented the first published collection of historical images on suicide.

Rost's library of suicide literature was acquired by the city library of Augsburg in 1928.  Since 1988 the Deutsche Gesellschaft für Suizidprävention (DGS)(German Association for Suicide Prevention) has presented the Hans Rost Prize for outstanding scientific achievements in suicidology and for outstanding practical solutions toward the prevention of suicide.