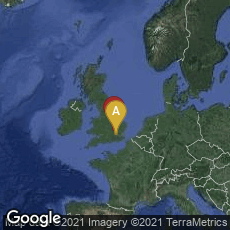 The First Ecological Experiment; Source of Darwin's Principle of Divergence In 1826 horticulturalist George Sinclair, head gardener for the Duke of Bedford at Woburn Abbey, published the third edition of Hortus gramineus woburnensis; Or, an account of the results of experiments on the produce and nutritive qualities of different grasses and other plants used as the food of the more valuable domestic animals. . . . This work, published in London, contained 60 lithographed plates by Charles Joseph Hullmandel and was available with plates either black & white or hand-colored.

In his experiment Sinclair compared the performance of different species and mixtures of grasses and herbs growing on different types of soil. Sinclair first mentioned the experiment in the first edition of Hortus gramineus woburnensis (1816). However, the results, which were so significant for Darwin’s theory of evolution by natural selection, were not published until the third edition of 1826. They showed that a greater diversity of grasses planted resulted in greater production of plant matter.

Sinclair’s experiment provided the foundation of Darwin’s “principle of divergence,” a building block of his theory of evolution by natural selection, by illuminating a central question in ecology and evolution: How is diversity of species in the natural world maintained? Darwin referred to Sinclair’s experiment in On the Origin of Species (1859), but did not mention Sinclair’s name or cite his work, and it was only recently discovered that Sinclair’s Hortus gramineus worburnensis was the source of Darwin’s knowledge (see Andy Hector and Rowan Hooper, “Darwin and the first ecological experiment,” Science Magazine 295, no. 5555 [25 Jan. 2002]: 639-40).