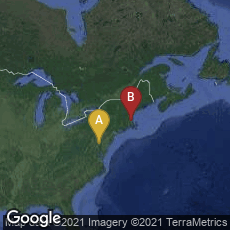 American molecular geneticist George M. Church, director of the U.S. Department of Energy Center on Bioenergy at Harvard & MIT, and director of the National Institutes of Health (NHGRI) Center of Excellence in Genomic Science at Harvard,  Yuan Gao from the Wyss Institute for Biologically Inspired Engineering, and Sriram Kosuri from the Department of Biomedical Engineering, Johns Hopkins University, encoded an entire book into the genetic molecules of DNA, the basic building blocks of life, and then accurately read back the text. Church's book, Regenesis: How Synthetic Biology Will Reinvent Nature and Ourselves, stored in a laboratory tube, contained 53,426 words, 11 illustrations and a JavaScript program, all of which totalled 5.27 megabits of data. Written with Ed Regis, it was scheduled to be published in printed and electronic editions in October 2012. Church's book was 600 times larger than the largest data set previously encoded in DNA.

"Digital data is traditionally stored as binary code: ones and zeros. Although DNA offers the ability to use four "numbers": A, C, G and T, to minimise errors Church's team decided to stick with binary encoding, with A and C both indicating zero, and G and T representing one.

"The sequence of the artificial DNA was built up letter by letter using existing methods with the string of As, Cs, Ts and Gs coding for the letters of the book.

"The team developed a system in which an inkjet printer embeds short fragments of that artificially synthesised DNA onto a glass chip. Each DNA fragment also contains a digital address code that denotes its location within the original file.

"The fragments on the chip can later be "read" using standard techniques of the sort used to decipher the sequence of ancient DNA found in archeological material. A computer can then reassemble the original file in the right order using the address codes.

"The book – an HTML draft of a volume co-authored by the team leader – was written to the DNA with images embedded to demonstrate the storage medium's versatility.

"DNA is such a dense storage system because it is three-dimensional. Other advanced storage media, including experimental ones such as positioning individual atoms on a surface, are essentially confined to two dimensions" (http://www.guardian.co.uk/science/2012/aug/16/book-written-dna-code?INTCMP=SRCH, accessed 09-09-2012).

♦ When the physical book edition of the Church and Regis book was published by Basic Books in October 2012 I acquired a copy. On pp. 269-272 the printed book contained an unusual "afterward", apparently written by Church, entitled "Notes: On Encoding This Book into DNA."  This discussed "some of the legal, policy, biosafety, and other issues and opportunities" pertaining to the process.  The ideas discussed were so distinctive and original that I would have liked to quote it in its entirety but that would have been an infringement of copyright. The section ended with the following statement:

"For more information, and to explore the possibility of getting your own DNA copy of this book, please visit http://periodicplayground.com."

When I visited the site on October 20, 2012 I viewed a message from networksolutions.com that the site was "under construction."