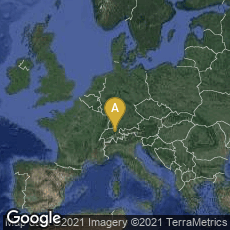 Graduale – Notkeri Sequentiae, (Codex 121 [1151]) preserved in Einsiedeln Abbey Library in Einsiedeln, Switzerland, was written in the Benedictine monastery scriptorium between 960 and 970. The oldest documentation of occidental music, it comprises the oldest complete surviving neumed mass antiphonary, and includes assorted appendices, such as Alleluia verses, Antiphons and Psalm verses for the Communion Antiphons. The second part of the codex contains the Libyer Ymnorum, the Sequences of the musician, poet Notker the Stammerer (Latin: Notker Balbulus) (c. 840 – 6 April 912), also called Notker the Poet or Notker of St. Gall, written most likely for the third abbot of the cloister, Gregor the Englishman (d. 996). The manuscript contains initials illuminated in minium (lead tetroxide, red lead), gold, and silver.

In February 2014 a digital facsimile, and an elaborate description of the codex, were available at this link.