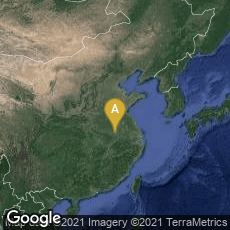 The First Teleportation from One Macroscopic Object to Another

Logo of the University of Science and Technology of China

In November 2012 Xiao-Hui Bao and colleagues at the University of Science and Technology of China in Hefei reported that they teleported quantum information from one ensemble of atoms to another 150 meters away, a demonstration seen as a significant milestone towards quantum routers and a quantum Internet.

"Quantum teleportation and quantum memory are two crucial elements for large-scale quantum networks. With the help of prior distributed entanglement as a “quantum channel,” quantum teleportation provides an intriguing means to faithfully transfer quantum states among distant locations without actual transmission of the physical carriers [Bennett CH, et al. (1993) Phys Rev Lett 70(13):1895–1899]. Quantum memory enables controlled storage and retrieval of fast-flying photonic quantum bits with stationary matter systems, which is essential to achieve the scalability required for large-scale quantum networks. Combining these two capabilities, here we realize quantum teleportation between two remote atomic-ensemble quantum memory nodes, each composed of ∼108 rubidium atoms and connected by a 150-m optical fiber. The spin wave state of one atomic ensemble is mapped to a propagating photon and subjected to Bell state measurements with another single photon that is entangled with the spin wave state of the other ensemble. Two-photon detection events herald the success of teleportation with an average fidelity of 88(7)%. Besides its fundamental interest as a teleportation between two remote macroscopic objects, our technique may be useful for quantum information transfer between different nodes in quantum networks and distributed quantum computing" (Xiao-Hui Bao Xiao-Fan Xuc, Che-Ming Lic, Zhen-Sheng Yuana, Chao-Yang Lua, and Jian-Wei Pana, "Quantum teleportation between remote atomic-ensemble quantum memories," Proc. Nat. Acad. Sci. America 10.1073/pnas.1207329109).