A sketch of a sieve reconstructed from ancient potsherds that may have been used in early cheese-making. Credit: Mélanie Salque. (Click on image to view larger). 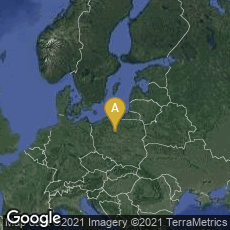 The Earliest Evidence of Cheese-Making in Europe

"The introduction of dairying was a critical step in early agriculture, with milk products being rapidly adopted as a major component of the diets of prehistoric farmers and pottery-using late hunter-gatherers. The processing of milk, particularly the production of cheese, would have been a critical development because it not only allowed the preservation of milk products in a non-perishable and transportable form, but also it made milk a more digestible commodity for early prehistoric farmers. The finding of abundant milk residues in pottery vessels from seventh millennium sites from north-western Anatolia provided the earliest evidence of milk processing, although the exact practice could not be explicitly defined. Notably, the discovery of potsherds pierced with small holes appear at early Neolithic sites in temperate Europe in the sixth millennium BC and have been interpreted typologically as ‘cheese-strainers’, although a direct association with milk processing has not yet been demonstrated. Organic residues preserved in pottery vessels have provided direct evidence for early milk use in the Neolithic period in the Near East and south-eastern Europe, north Africa, Denmark and the British Isles, based on the δ13C and Δ13C values of the major fatty acids in milk. Here we apply the same approach to investigate the function of sieves/strainer vessels, providing direct chemical evidence for their use in milk processing. The presence of abundant milk fat in these specialized vessels, comparable in form to modern cheese strainers, provides compelling evidence for the vessels having being used to separate fat-rich milk curds from the lactose-containing whey. This new evidence emphasizes the importance of pottery vessels in processing dairy products, particularly in the manufacture of reduced-lactose milk products among lactose-intolerant prehistoric farming communities" (Mélanie Salque, Peter Bogucki, et al, "Earliest evidence for cheese making in the sixth millenium bc in northern Europe," (Nature [2012] doi:10.1038/nature11698, accessed 12-12-2012).