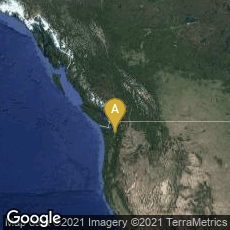 On October 26, 2012 Microsoft released the Windows 8 operating system to the general public. It was a radical departure from earlier versions of Windows. Development of Windows 8 started in 2009 before the release of its predecessor, Windows 7, the last iteration of Windows designed primarily for desktop computers. Windows 8 introduced very significant changes primarily focused toward mobile devices, tablets and cell phones which use touch screens, and:

"to rival other mobile operating systems like Android and iOS, taking advantage of new or emerging technologies like USB 3.0, UEFI firmware, near field communications, cloud computing and the low-power ARM architecture, new security features such as malware filtering, built-in antivirus capabilities, a new installation process optimized for digital distribution, and support for secure boot (a UEFI feature which allows operating systems to be digitally signed to prevent malware from altering the boot process), the ability to synchronize certain apps and settings between multiple devices, along with other changes and performance improvements. Windows 8 also introduces a new shell and user interface based on Microsoft's "Metro" design language, featuring a new Start screen with a grid of dynamically updating tiles to represent applications, a new app platform with an emphasis on touchscreen input, and the new Windows Store to obtain and/or purchase applications to run on the operating system" (Wikipedia article on Windows 8, accessed 12-14-2012).

On December 13, 2012 MIT's technologyreview.com published an interview with Julie Larson-Green, head of product development at Microsoft, in which Larson-Green explained why Microsoft decided it was necessary to rethink and redesign in a relatively radical manner the operating system used by 1.2 billion people:

Why was it necessary to make such broad changes in Windows 8?

"When Windows was first created 25 years ago, the assumptions about the world and what computing could do and how people were going to use it were completely different. It was at a desk, with a monitor. Before Windows 8 the goal was to launch into a window, and then you put that window away and you got another one. But with Windows 8, all the different things that you might want to do are there at a glance with the Live Tiles. Instead of having to find many little rocks to look underneath, you see a kind of dashboard of everything that’s going on and everything you care about all at once. It puts you closer to what you’re trying to get done.

Windows 8 is clearly designed with touch in mind, and many new Windows 8 PCs have touch screens. Why is touch so important?

"It’s a very natural way to interact. If you get a laptop with a touch screen, your brain clicks in and you just start touching what makes it faster for you. You’ll use the mouse and keyboard, but even on the regular desktop you’ll find yourself reaching up doing the things that are faster than moving the mouse and moving the mouse around. It’s not like using the mouse, which is more like puppeteering than direct manipulation.

In the future, are all PCs going to have touch screens?

"For cost considerations there might always be some computers without touch, but I believe that the vast majority will. We’re seeing that the computers with touch are the fastest-selling right now. I can’t imagine a computer without touch anymore. Once you’ve experienced it, it’s really hard to go back.

Did you take that approach in Windows 8 as a response to the popularity of mobile devices running iOS and Android?

"We started planning Windows 8 in June of 2009, before we shipped Windows 7, and the iPad was only a rumor at that point. I only saw the iPad after we had this design ready to go. We were excited. A lot of things they were doing about mobile and touch were similar to what we’d been thinking. We [also] had differences. We wanted not just static icons on the desktop but Live Tiles to be a dashboard for your life; we wanted you to be able to do things in context and share across apps; we believed that multitasking is important and that people can do two things at one time.

Can touch coexist with a keyboard and mouse interface? Some people have said it doesn’t feel right to have both the newer, touch-centric elements and the old-style desktop in Windows 8. /

"It was a very definite choice to have both environments. A finger’s never going to replace the precision of a mouse. It’s always going to be easier to type on a keyboard than it is on glass. We didn’t want you to have to make a choice. Some people have said that it’s jarring, but over time we don’t hear that. It’s just getting used to something that’s different. Nothing was homogenous to start with, when you were in the browser it looked different than when you were in Excel."