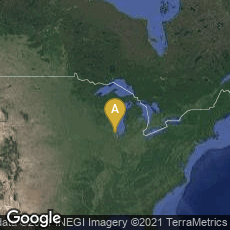 “ 'A library has limited shelf space, so you almost have to think of it as a store, and stock it with the things that people want,' said Jason Kuhl, the executive director of the Arlington Heights Memorial Library. Renovations going on there now will turn a swath of the library’s first floor into an area resembling a bookshop, where patrons will be pampered with cozy seating, a vending cafe and, above all, an abundance of best sellers.

"As librarians across the nation struggle with the task of redefining their roles and responsibilities in a digital age, many public libraries are seeing an opportunity to fill the void created by the loss of traditional bookstores. Indeed, today’s libraries are increasingly adapting their collections and services based on the demands of library patrons, whom they now call customers. Today’s libraries are reinventing themselves as vibrant town squares, showcasing the latest best sellers, lending Kindles loaded with e-books, and offering grassroots technology training centers. Faced with the need to compete for shrinking municipal finances, libraries are determined to prove they can respond as quickly to the needs of the taxpayers as the police and fire department can. “I think public libraries used to seem intimidating to many people, but today, they are becoming much more user-friendly, and are no longer these big, impersonal mausoleums,” said Jeannette Woodward, a former librarian and author of 'Creating the Customer-Driven Library: Building on the Bookstore Model.' 'Public libraries tread a fine line,' Ms. Woodward said. 'They want to make people happy, and get them in the habit of coming into the library for popular best sellers, even if some of it might be considered junk. But libraries also understand the need for providing good information, which often can only be found at the library.'

"Cheryl Hurley, the president of the Library of America, a nonprofit publisher in New York 'dedicated to preserving America’s best and most significant writing,' said the trend of libraries catering to the public’s demand for best sellers is not surprising, especially given the ravages of the recession on public budgets.

Still, Ms. Hurley remains confident that libraries will never relinquish their responsibility to also provide patrons with the opportunity to discover literary works of merit, be it the classics, or more recent fiction from novelists like Philip Roth, whose work is both critically acclaimed and immensely popular.

" 'The political ramifications for libraries today can result in driving the collection more and more from what the people want, rather than libraries shaping the tastes of the readers,' Ms. Hurley said. 'But one of the joys of visiting the public library is the serendipity of discovering another book, even though you were actually looking for that best seller that you thought you wanted.'

“ 'It’s all about balancing the library’s mission and its marketing, and that is always a tricky dance,' she added.

"While print books, both fiction and nonfiction, still make up the bulk of most library collections – e-books remain limited to less than 2 percent of many collections in part because some publishers limit their availability at libraries — building renovation plans these days rarely include expanding shelf space for print products. Instead, many libraries are culling their collections and adapting floor plans to accommodate technology training programs, as well as mini-conference rooms that offer private, quiet spaces frequently requested by self-employed consultants meeting with clients, as well as teenagers needing space to huddle over group projects" (http://www.nytimes.com/2012/12/28/us/libraries-try-to-update-the-bookstore-model.html?ref=global-home&_r=0, accessed 12-28-2012).