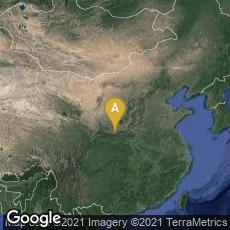 Image Source: en.wikipedia.org
Replica of the Dharani sutra in the National Museum of Korea.

"The earliest specimen of woodblock printing on paper, whereby individual sheets of paper were pressed into wooden blocks with the text and illustrations carved into them, was discovered in 1974 in an excavation of Xi'an (then called Chang'an, the capital of Tang China), Shaanxi, China. It is a dharani sutra printed on hemp paper and dated to 650 to 670 AD, during Tang Dynasty (618–907). Another printed document dating to the early half of the Chinese Tang Dynasty has also been found, the Saddharmapundarika sutra or Lotus Sutra printed from 690 to 699." (Wikipedia article on History of Printing in East Asia).