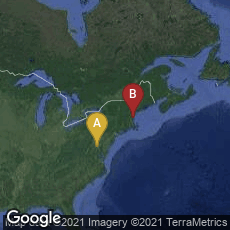 Blunt had requested the assistance of Bowditch, a skilled navigator, mathematician and astronomer, in rectifying Moore's more than 8,000 errors, which Bowditch did anonymously for both the first American edition and the second (1800) of Moore's book. By the time copy came to be prepared for the third edition, however, Bowditch's corrections to Moore were found to be so numerous that it was decided to issue the work under a new title, and to acknowledge Bowditch as the author on the title-page. This vastly improved Navigator had an enormous impact on the history of navigation, playing a key role in the maritime and commercial expansion of the nineteenth century. Ten editions appeared during Bowditch's lifetime. In 1866 the U.S. Hydrographic Office acquired the copyright from the descendants of Edmund Blunt; the government has kept the work up to date ever since. The latest edition, prepared and published by the National Imagery and Mapping Agency, Bethesda, Maryland, is available free online as a PDF from the National Geospatial-Intelligence Agency (NGA) at this link.

Campbell, History and Bibliography of The New American Practical Navigator and The American Coast Pilot (1964) identified 7 variants of the first edition of Bowditch’s book but could assign no priority to any. Dibner, Heralds of Science, No. 15. Grolier American Hundred, No. 25.