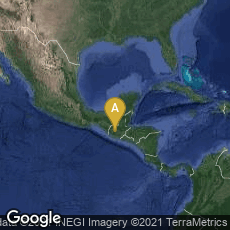 Popol Vuh, The Book of the People, is Known from a Single Manuscript Title page of the original manuscript of Popol Vuh, in the Newberry Library, Chicago. "[Here] begin the histories of the origin of the Indians of this province of Guatemala. Translated from the Quiché language into Castillian for the convenience of the ministers of the holy gospel by the R[everend] P[adre] F[riar] Francísco Ximénez, doctrinal priest of the royal council of Santo Tomás Chilá."

Between 1701 and 1703 Domincan priest, scholar and linguist Francesco Ximénez, serving in the parish at Santo Tomás Chichicastenango, a town in the El Quiché department of Guatemala, transcribed the corpus of mytho-historical narratives of the Post Classic K'iche' kingdom known as Popol Vuh (Popol Buj, "Book of the Community", "Book of the Council", "Book of the People"). All editions of this work, written in the Classical K'iche' language, are based on the single manuscript that Father Ximénez transcribed, which is preserved in the Newberry Library, Chicago. Ximénez's manuscript recorded parallel texts in K'iche' and Spanish. What Ximénez transcribed was presumably a codex written shortly after the Spanish conquest by a Quiché native, who had learned to read and write Spanish, containing cosmological concepts and ancient traditions of this aboriginal American people, their history and origin, and the chronology of their kings down to the year 1550. The fate of the original manuscript after its transcription by Ximénez is unknown.

Prior to its arrival at the Newberry, the manuscript passed through several hands. In 1855, French writer, ethnographer, historian and archaeologist Charles Étienne Brasseur de Bourbourg found Ximénez's writings in the university library in Guatemala City, and perhaps absconded with the volume and took it to France. In 1861 Brasseur de Bourbourg published in Paris a French translation of the text as Popol Vuh, Le livre sacré et les mythes de l'antiquité américaine. After Brasseur's death in 1874 the Mexico-Guatémalienne collection containing Popol Vuh passed to French explorer, philologist, and ethnographer Alphonse Pinart, through whom it was sold to businessman and collector Edward E. Ayer, who donated his vast library on the history of native Americans in North and Central America to The Newberry Library in 1911.

Father Ximénez's manuscript was reproduced online, with K'iche' text and Spanish and English translations by The Ohio State University

The first English translation of Popol Vuh was made by Delia Goetz and Sylvanus Griswold Morley from a translation into Spanish by Adrián Recinos and published in 1950 as The Book of the People: Popol Vuh. The National Book of the Ancient Quiché Maya. In 1954 this edition was reissued by the Limited Editions Club, finely printed by Saul Marks at The Plantin Press, Los Angeles. Late in 2012 I acquired copy of the the LEC edition. In their introduction to the translation (p. xv) the translators state that:

"Besides the Mansuscrito de Chichicastenango, the following are the original original Quiché documents which are preserved:

"1. The original manuscript of the Historia Quiché by Don Juan de Torres, dated October 24, 1580, which differens from the manuscript which Fuentes y Guzmán cites and which contains the account of the kings and lords, chiefs of the Great Houses, and of the chinamitales or calpules of the Quiché;

"3. The Spanish translation of the Título de los Señores de Totonicapán, dated 1554; and

"Despite thier brevity, these documents contain interesting accounts of the origin, political organization, and history of the Quiché people, which supplement the information given in the Popol Vuh."

♦ I had been unaware of the Popol Vuh until the later part of 2012 when various articles began appearing in the press concerning what was characterized as the 2012 phenomenon, "a range of eschatological beliefs that cataclysmic or transformative events would occur around 21 December 2012. This date was regarded as the end-date of a 5,125-year-long cycle in the Mesoamerican Long Count calendar, and as such, Mayan festivities to commemorate the end of the b'ak'tun 13 took place on 21 December 2012 in the countries that were part of the Mayan empire (Mexico, Guatemala, Honduras, and El Salvador), with main events at Chichén Itzá in Mexico, and Tikal in Guatemala." Because 12-21-12 happened to be my daughter Alex's 21st birthday, the topic became a source of amusement around our house.