George Herbert's poem "Easter-wings" typeset in the same of two pairs of wings. 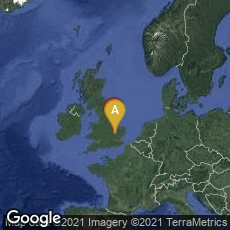 George Herbert's poem "The Altar" typeset in the shape of an altar.

In 1633 The Temple. Sacred Poems, and Private Enjaculations by Welsh-born English poet, orator, and Anglican priest George Herbert was posthumously issued from Cambridge. On his deathbed, Herbert had sent the manuscript of The Temple to Nicholas Ferrar, of Little Gidding. telling him to publish the poems if he thought they might "turn to the advantage of any dejected poor soul"; otherwise, to burn them. Ferrar decided to publish them. This book contained some of the earliest printed examples of concrete poetry, or shaped poetry or "pattern poems."  On p. 18 of the 1638 5th edition Herbert's poem, "The Altar," is arranged on the page in the shape of an altar. On pp. 34-35 of the same edition his poem "Easter-wings" is spread over two pages in the shape of two sets of outstretched wings.