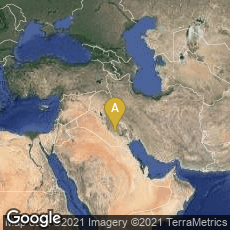 A proto-cuneiform clay tablet (VAT 15003) from the Eana (Eanna) district, Uruk IV period, preserved in The Oriental Institute at the University of Chicago, records the oldest-known version of a list of titles and occupations, known as the Standard Occupations List.

"Such lists, known as 'lexical lists,' were used to train scribes and also served to organize knowledge. This scribal exercise from the early Uruk IV writing stage represents what was apparently a favorite version of such compilations. it content was copied many times in the subsequent Uruk III period (about 180 frams of it are preserved), and it was the model for numerous mofied and exapned forms of such lists. The popularity of such standardized lists is indicated by  the fact that they were repeatedly copied and recopied down through the Akkadian dynasty (twenty-third century BC) nearly a millennium after their creation" (Woods, Teeter, Emberling (eds) Visible Language. Inventions of Writing in the Ancient Middle East and Beyond [2010] No. 46, with color images of obverse, reverse and a composite drawing of the archaic lexical list).