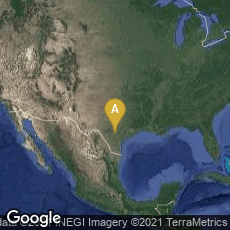 On January 14, 2013 Judge Nelson Wolff, inspired after having read Walter Isaacson's biography of Steve Jobs, announced that Bexar County, Texas will open in Autumn 2013 a public library entirely devoid of any physical books to be called the BiblioTech.

"Not all classic library features will be lost among the modern décor: Bexar County promised study spaces, meeting rooms, and a designated interactive children's area inside of the 4,989-square-foot space.

" 'Students who live in this area of Precinct 1 […] have limited resources to complete research, use a computer or simply read a book outside of their school facilities,' Commissioner Sergio Rodriguez said in a statement. 'Once we open BiblioTech this summer, they will have a world of learning available to them all the time.'

"Located inside the Precinct 1 Satellite Offices on Pleasanton Road, the center will be open seven days a week; the county expects a summer launch. The commissioners' proposal includes 100 e-readers for circulation, 50 pre-loaded enhanced e-readers for children, 50 computer stations, 25 laptops, and 25 tablets to use on-site. The collection will include 10,000 current titles to start" (Pcmag.com, accessed 01-14-2013).

Right on schedule, the BiblioTech opened on September 14, 2013.

"Staffers at San Antonio's BiblioTech say it's the first 'bookless library.' And in addition to its catalog of 10,000 e-books, this techy library also provides a digital lifeline to a low-income neighborhood that sorely needs it.

"BiblioTech opened its doors Sept. 14 on the south side of San Antonio, a mostly Hispanic neighborhood where 40% of households don't have a computer and half lack broadband Internet service.

"Although the library houses no printed books -- and members can even skip the visit by checking out its e-books online -- BiblioTech's staff says the library's physical presence is still key to its success.

" 'We're finding that you really have to get your head around a paradigm shift,' said Laura Cole, BiblioTech's special projects coordinator. 'Our digital library is stored in the cloud, so you don't have to come in to get a book. But we're a traditional library in that the building itself is an important community space.' " (http://money.cnn.com/2013/10/08/technology/innovation/bibliotech-ebook-library/, accessed 11-08-2013).