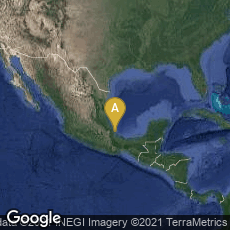 The Cascajal Block, the Earliest Precolumbian or Mesoamerican Writing Yet Discovered

The 62 glyphs of the Olmec Cascajal Block.

On September 15, 2006 María del Carmen Rodríquez Martínez, Ponciano Ortiz Ceballos, and colleagues described the Cascajal Block, a serpentine slab about the size of a writing tablet dated to the early first millenium BCE. The block or slab is incised with characters previously unknown that may represent the earliest writing system in the New World. The block was named for its find spot in the village of Cascajal, municipality of Lomas de Tacamichapa, Jáltipan, Veracruz, Mexico.

"The Cascajal Block was discovered by road builders in the late 1990s in a pile of debris in the village of Lomas de Tacamichapa in the Veracruz lowlands in the ancient Olmec heartland. The block was found amidst ceramic shards and clay figurines and from these the block is dated to the Olmec archaeological culture's San Lorenzo Tenochtitlán phase, which ended c. 900 BCE, preceding the oldest Zapotec writing dated to about 500 BCE. Archaeologists Carmen Rodriguez and Ponciano Ortiz of the National Institute of Anthropology and History of Mexico examined and registered it with government historical authorities. It weighs about 11.5 kg (25 lb) and measures 36 cm × 21 cm × 13 cm."

"The Olmec flourished in the Gulf Coast region of Mexico, ca. 1250–400 BCE. The evidence for this writing system is based solely on the text on the Cascajal Block.

"The block holds a total of 62 glyphs, some of which resemble plants such as corn and ananas, or animals such as insects and fish. Many of the symbols are more abstract boxes or blobs. The symbols on the Cascajal block are unlike those of any other writing system in Mesoamerica, such as in Mayan languages or Isthmian, another extinct Mesoamerican script. The Cascajal block is also unusual because the symbols apparently run in horizontal rows and 'there is no strong evidence of overall organization. The sequences appear to be conceived as independent units of information'. All other known Mesoamerican scripts typically use vertical rows" (Wikipedia article on Cascajal Block, accessed 01-16-2013).

"Writing [in Mesoamerica] was more than likely invented in the Early or Middle Formative period (ca. 1200-600 BC) with the evolution of politically complex societies of the Olmec in the Gulf Coast region of Mexico, in addition to Guerrero, Oaxaca, central Mexico, and Central America. Olmec civilization had large settlements, herditary elites, interregional trade, and elite art, all of which provided important pre-conditions for the development of writing. Numerous greenstone plaques and celts owned by elites, such as the 'Humboldt Celt' and Tlaltenco Celt,' exhibit iconography and short inscriptions. Unfortunately all early writing in Mesoamerica remains undeciphered, but the signs probably include noble titles, god names, and calendar dates"

"A few years ago, scholars reported an inscription on a serpentine block discovered during modern construction at Cascajal, Veracruz, near the Olmec site of San Lorenzo. Recent studies of the stone support its antiquity, and it may be associated with Middle Formative-period pottery and iconography. But the stone's exact provenance and date are unknown. The incised signs resemble other Olmec hieroglyphs, they repeat in obvious patterns, and the text possibly has a top-down, left to right reading order similar to other Mesoamerican scripts. Ceramic figurines found by archaeologists at the site of Canton Corralito, Chiapas, Mexico, dated to about 1300-1000 BC exhibit similar writing" (Joel W. Palka, "The Development of Maya Writing" IN: Woods (ed) Visible Language. Inventions of Writing in the Ancient Middle East and Beyond [2010] 226).