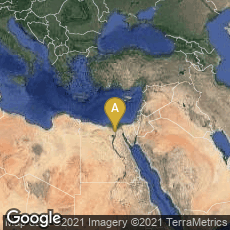 The Khufu Ship, One of the Oldest, Largest & Best Preserved Vessels from Antiquity Model of Khufu's solar barque, from the boat museum at the base of the Great Pyramid.

Measuring 43.67 m (143 ft.) long and 5.9 m (19.5 ft) wide, the funerary boat of King Cheops (Khufu, Khêops), the second pharaoh of the Fourth Dynasty of the Old Kingdom of Egypt, is one of the oldest, largest, and best-reserved vessels from antiquity. Around 2500 BCE the boat was sealed into a pit in the Giza Necropolis at the foot of the Great Pyramid of Giza.

"The ship was one of two rediscovered in 1954 by Kamal el-Mallakh – undisturbed since it was sealed into a pit carved out of the Giza bedrock. It was built largely of Lebanon cedar planking in the 'shell-first' construction technique, using unpegged tenons of Christ's thorn. The ship was built with a flat bottom composed of several planks, but no actual keel, with the planks and frames lashed together with Halfah grass, and has been reconstructed from 1,224 pieces which had been laid in a logical, disassembled order in the pit beside the pyramid" (Wikipedia article on Khufu ship, accessed 01-18-2013)

Though the Khufu ship is categorized as a solar barge or sun boat, intended for use in the afterlife, perhaps to allow the king to cross the sky every day with Re (Ra), the sun-god, it seems to have been used at least once—perhaps to carry the funeral cortêge of the king by river or canal to the pyramid complex for burial.

Having been restored over many years, the Khufu ship is preserved in the Giza Solar Boat Museum.