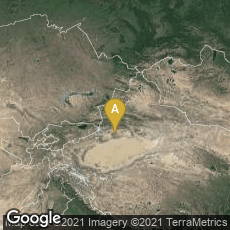 The Bower Manuscript, One of the Earliest Treatises on Indian Medicine, Written on Birch Bark Dated to the Gupta era, between the 4th and the 6th century CE, the Bower Manuscript, preserved at the Bodleian Library, Oxford, was written on birch bark in Buddhist Hybrid Sanskrit using the Late Brahmi script or Gupta script. The manuscript preserves one of the earliest treatises on Indian medicine (Ayurveda). The medical parts (I-III) may be based on similar types of medical writings antedating the composition of the saṃhitās of Charaka, Suśruta, and thus rank with the earliest surviving texts on Indian tradition medicine, or Ayurveda.

"The text is written on 51 pages of birch bark leaves of an oblong shape, in the form of those of an Indian pothī. The birch bark of the large portion of the manuscript is of a quality much inferior to that of the smaller portion. The hole for the passage of the binding string is placed about the middle of the left half of the leaves. This placement of the string hole and the oblong form of the leaves point to an imitation of palm leaf pothīs from Southern India by the scribes of Kucā [Kucha].

"The seven parts of the manuscript are written in an essentially identical script, the Gupta Brahmi script, which places the manuscript in the Gupta era (4th to 6th centuries). Hoernle placed the ms. in the 4th century on grounds of paleography, but palaeographical studies. . . present compelling evidence for a later date of about the first half of the 6th century.

"Hoernle distinguished four scribes who wrote parts I-III, part IV, parts V and VII and part VI, respectively. He identified the first and third of these as natives of India who had migrated to Kucā. To judge from the style of writing, the scribe of parts I - III originally came from the northern, the two scribes of parts V-VII from the southern part of the northern area of the Indian Gupta script. The writer of part IV may have been a native of Eastern Turkestan. All four writers must have been Buddhist monks, residing in a monastery near Kucā. The ultimate owner of the whole series of manuscripts, whose name appears to have been Yaśomitra, must have held a prominent position in that monastery, for the bundle of manuscripts was contained in the relic chamber of the memorial stūpa built in his honour" (Wikipedia article on Bower Manuscript, accessed 01-19-2013).

A. F. Rudolf Hoernle, The Bower Manuscript; Facsimile Leaves, Nagari Transcript, Romanised Transliteration and English Translation with Notes. Calcutta: Office of the Superintendent of Government Printing India,1893-1897. A Sanskrit Index was published in 1908, and a revised translation of the medical portions (I,II,and III) in 1909; the Introduction appeared in 1912.