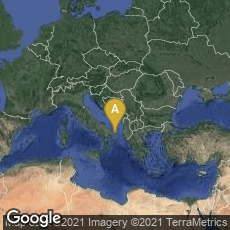 "A Public Popularity for Books Never Existed in Antiquity"

In the Byzantine world, and also in Europe of the sixth century, book ownership was primarily limited to the elite.

"This social restriction was not a novelty. Although in the second century, Gellius had been offered some Greek books for sale at the harbour of Brundisium, which he found 'full of wonders and tales', a public popularity for books never existed in Antiquity. What we would term 'popular literature' was in fact intended for the entertainment of the well-to-do. Furthermore, in the sixth century, if the circulation of books was limited by social factors in the East, in the West, an additional barrier was formed by the presence of large groups, in some cases militarily and politically dominant, for whom Latin was a foreign language, while the number of people who were able to read Greek was rapidly decreasing. As Cassiodorus put it , 'Other people have arms, the Romans only eloquence.' " (Bertelli, "The Production and Distribution of Books in Late Antiquity," IN: Hodges & Bowden (eds) The Sixth Century: Production, Distribution and Demand [1998] 41-42).