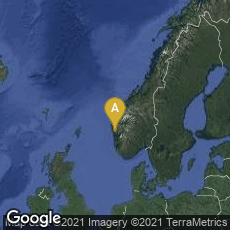 Since 1955 670 runic inscriptions on wood dating from the fourteenth century were excavated from the medieval city at Bryggen, Bergen, Norway. Excavation took place after a disastrous fire swept through a historic waterfront district. Many of the Bryggen inscriptions are letters and everyday messages cut into small wooden sticks or tablets which were easily transported.

Before these inscriptions were excavated there was doubt whether the runes were ever used for anything else than inscriptions of names and solemn phrases. The Bryggen find showed that runes were used for routine, everyday messages in this area, and presumably also in other parts of Scandinavia. Another important aspect of the find was that many of the inscriptions dated as recently as the 14th century. Prior to the discoveries at Bryggen it was believed that the use of runes in Norway had died out long before. Since these findings, many more runic inscriptions of this type have been found in Norway.

"There is some evidence for rune-stick letters in Scandinavian contexts as far back as the ninth century. It is possible that the early Anglo-Saxons made extensive use of rune-sticks for practical communications, bu the absence of even one surviving example makes it difficult to proceed beyond speculation. We do have some evidence for familiarity with the runic alphabet among the educated classes of society. For instance, the solution to certain Anglo-Saxon riddles depends upon knowledge of runes . . . ." (Kelly, Anglo-Saxon lay society and the written word," IN: Mckitterick (ed) The Uses of Literacy in Early Mediaeval Europe [1990] 37).