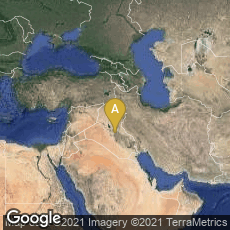 Survey of Ancient Libraries and Archives in the Near East Olof Pedersén, Archives and Libraries in the Ancient Near East 1500-300 B.C. (1998), remains the most comprehensive survey of the earliest western archives and libraries that I have seen, as of February 2013. It contains numerous schematic diagrams of ancient building layouts on which it identifies the location of each library or archive found. With a few exceptions, it does not discuss or attempt to summarize the contents of any archive or library covered.

2. "Most of the cities or towns where archives or libraries have been unearthed were cities of medium or major size. Only rarely has material been found in smaller towns. . . ; it is unclear whether this is due to lack of written documentation in rural areas or only a consequence of a limited number of excavations of smaller settlements.

3. "Several of the archives and libraries, expecially the larger ones, were apparently placed upon wooden shelves. Evidence of wooden shelves is proposed to exist for a limited number of official archives (Tapigga 1, Harbe1), and has been assumed elsewhere (e.g., Nineveh 2). There is, however, a lack of evidence in many sites indicating the use of wooden shelves, probably due to the perishable nature of wood and a lack of sounder achaeological methodology during the earlier excavations. Sometimes the shelves were constructed of brick or designed as niches in the walls. Such imperishable shelves have been preserved in the some libraries  (Dur-Sarrukin 1 and 2, Sippar 2). The temple library in Sippar is the oldest library in history found with literary texts still standing in their original position on the shelves" (p. 244).