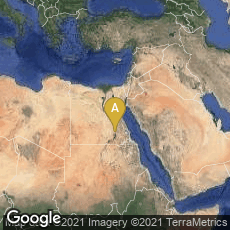 The Graffito of Emset-Akhom, the Latest Known Inscription Written in Egyptian Hieroglyphs The latest known inscription written in Egyptian hieroglyphs is The Graffito of Emset-Akhom (or Philae 436) inscribed in the temple Isis at Philae, formerly an island in the First Cataract of the Nile. Having been relocated as a result of the Aswan dam, it is now on an island in Lake Nasser, in southern Egypt. It includes a relief of a ptolemaic or Roman period pharaoh.

The inscription, written in both hieroglyphs and demotic, is dated to the Birthday of Osiris, year 110 (of Diocletian), equivalent to August 24, 394. It was added to a temple gateway erected earlier by the emperor Hadrian, leading towards the supposed tomb of Osiris (the Abaton).

"The figure and inscription were carved in connection with the visits of the pagan Blemmye tribe from the Red Sea hills to the south-east in order to pay homage to the goddess Isis. These visits forced the Byzantine emperors to allow the temple to remain open despite the Christianization of Egypt and the earlier edict of Theodosius [in 392 CE closing all Egyptian temples.] In the fifth century AD demotic was still occcasionally written in the temple, and it is uncertain exactly when the last person to use, or at least read, the ancient scripts would have lived. There were by now Christian churches on the island, and the final centuries of pagan Philae passed into Christian legend. A later Coptic history of he first monk bishops of Philae tells how Bishop Apa Macedonius once deviously gained access to a sacred falcon in the temple and burned it. Between AD 535 and 537 the emperor Justinian ordered the temple's closure, the imprisonment of priests and the removal of its statues to Constantinople. The temple was rededicated to Saint Stephen, further churches were erected on the sacred island. . . ." (Parkinson, The Rossetta Stone [2005] 19-20).