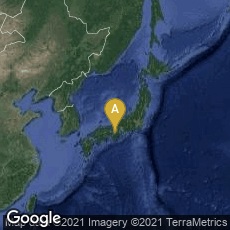 Perhaps the First Library in Japan Golden Hall and Five-storied Pagoda of Hōryū-ji, a Buddhist temple in Ikaruga, Nara prefecture, Japan. The temple's pagoda is the oldest wooden building in the world.

"The first extant notice of a collection of books in Japan, naturally Chinese books, dates from the sixth century. According to an early Heian genealogical compilation, Shinsen shojiroku, there was a Chinese Buddhist monk called Zhicong living in the 'capital' in the reign of the emperor Kinmei (r. 539-71) who had brought with him from China 164 rolls of Buddhist and secular works, including pharmacological studies and medical books which showed the places on the body to be used for acupuncture or moxibustion. The date is not impossibly early, particularly since the owner was an immigrant, and the precision is striking, but the source is a late one and it is wise to be cautious. Ono Noriiaki dates book-collecting from the seventh century, citing the account in Nihon shoki of Sogo no Iruka's insurrection in 645 which ended with the burning of his books. Ono also notes that the Horyu Gakumonji, a temple emponymously devoted to learning, must also have had a library at this time, although nothing is known of it" (Peter Kornicki, The Book in Japan: A Cultural History from the Beginnings to the Nineteenth Century [2001] 364-5).