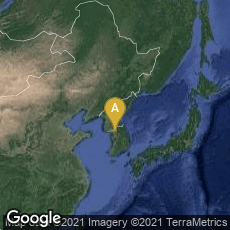 "Samsung’s next big smartphone, to be introduced this month, will have a strong focus on software. A person who has tried the phone, called the Galaxy S IV, described one feature as particularly new and exciting: Eye scrolling.

"The phone will track a user’s eyes to determine where to scroll, said a Samsung employee who spoke on condition of anonymity because he was not authorized to speak to the news media. For example, when users read articles and their eyes reach the bottom of the page, the software will automatically scroll down to reveal the next paragraphs of text.

"The source would not explain what technology was being used to track eye movements, nor did he say whether the feature would be demonstrated at the Galaxy S IV press conference, which will be held in New York on March 14. The Samsung employee said that over all, the software features of the new phone outweighed the importance of the hardware.

"Samsung’s booth at this year’s Mobile World Congress. Indeed, Samsung in January filed for a trademark in Europe for the name “Eye Scroll” (No. 011510674). It filed for the “Samsung Eye Scroll” trademark in the United States in February, where it described the service as “Computer application software having a feature of sensing eye movements and scrolling displays of mobile devices, namely, mobile phones, smartphones and tablet computers according to eye movements; digital cameras; mobile telephones; smartphones; tablet computers" (http://bits.blogs.nytimes.com/2013/03/04/samsungs-new-smartphone-will-track-eyes-to-scroll-pages/?hp, accessed 03-05-2013).

When I wrote this entry in March 2013 the Wikipedia article on Samsung stated that Samsung Electronics was the "world's largest information technology company" measured by 2012 revenues. It had retained the number one position since 2009. It was also the world's largest producer of mobile phones, and the world's second largest semiconductor producer after Intel Corporation.