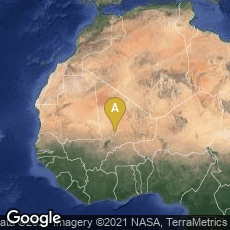 How the "The Brazen Bibliophiles of Tumbuktu" Saved Manuscripts from Terrorists On April 25, 2013 New Republic magazine published "The Brazen Bibliophiles of Timbuktu. How a team of sneaky librarians duped Al Qaeda" by Yochi Dreazen. This illustrated article combined issues of terrorism, political reporting, librarianship and preservation of information. From it I quote selections:

"One afternoon in March, I walked through Timbuktu’s Ahmed Baba Institute of Higher Studies and Islamic Research, stepping around shards of broken glass. Until last year, the modern concrete building with its Moorish-inspired screens and light-filled courtyard was a haven for scholars drawn by the city’s unparalleled collection of medieval manuscripts. Timbuktu was once the center of a vibrant trans-Saharan network, where traders swapped not only slaves, salt, gold, and silk, but also manuscripts—scientific, artistic, and religious masterworks written in striking calligraphy on crinkly linen-based paper. Passed down through generations of Timbuktu’s ancient families, they offer a tantalizing history of a moderate Islam, in which scholars argued for women’s rights and welcomed Christians and Jews. Ahmed Baba owned a number of Korans and prayer books decorated with intricate blue and gold-leaf geometric designs, but its collections also included secular works of astronomy, medicine, and poetry.

"This vision of a philosophical, scientific Islam means little to the Al Qaeda–linked Islamist group Ansar Dine, which for most of last year ruled Timbuktu through terror, cutting off the hands of thieves, flogging women judged to be dressed immodestly, and destroying centuries-old tombs of local saints. In the summer, the militants commandeered Ahmed Baba, using it as a headquarters and barracks. Then, in January, French forces closed in on Timbuktu. As the Islamists fled, they trashed the library, burning as many of the manuscripts as they could find. The mayor of Timbuktu, Hallé Ousmani Cissé, told The Guardian that all of Ahmed Baba’s texts had been lost. “It’s true,” he said. “They have burned the manuscripts. . . .

”Asking around about the manuscripts’ destruction, however, I heard different rumors. Find Abdel Kader Haidara, people told me. He could tell you more about what happened. So, in Bamako, Mali’s capital 400 miles to the south, I visited Haidara, an unassuming man with a shy smile, a neatly groomed mustache, and a healthy paunch under the flowing robes traditional to Malian men. Sitting cross-legged on the floor of the modest apartment where he now lives, Haidara told me the improbable story of what actually happened to Timbuktu’s manuscripts. 'It was only a matter of time before the Islamists found them,' he said matter-of-factly, passing dark worry beads between his fingers. 'I had to get them out.' . . .

"As the militias poured into his city, Haidara knew he had to do something to protect the approximately 300,000 manuscripts in different libraries and homes in and around Timbuktu. Haidara had spent years traveling around the country negotiating with Mali’s ancient families to assemble thousands of texts for the Ahmed Baba Institute, which was founded in 1973 as the city’s first official preservation organization. 'When I thought of something happening to the manuscripts, I couldn’t sleep,' he told me later.

"The initial wave of invaders were secular Tuareg, but quickly the Islamist militia Ansar Dine asserted control, imposing a harsh regime of sharia in Timbuktu and other northern cities. The Islamists didn’t know, at first, about the manuscripts. But their indiscriminate cruelty and their tight-fisted control over the city meant that the texts had to be hidden—and fast. Haidara thought the manuscripts would be most secure in the homes of Timbuktu’s old families, where, after all, they had been protected for centuries. He assembled a small army of custodians, archivists, tour guides, secretaries, and other library employees, as well as his own brothers and cousins and other men from the manuscript-holding families, and began organizing an evacuation plan.

"Starting in early May, every morning before sunrise, while the militants were still asleep, Haidara and his men would walk to the city’s libraries and lock themselves inside. Until the heat cleared the streets in the afternoon, the men would find their way through the darkened buildings and wrap the fragile manuscripts in soft cloths. They would then pack them into metal lockers roughly the size of large suitcases, as many as 300 in each. At night, they’d sneak back to the libraries, traveling by foot to avoid checkpoints on the road, pick up the lockers, and carry them, swathed in blankets, to the homes of dozens of the city’s old families. The entire operation took nearly two months, but by July, they had stowed 1,700 lockers in basements and hideaways around the city. And they did it just in time, because not long after, the militants moved into the Ahmed Baba Institute, using its elegant rooms to store canned vegetables and bags of white rice. Haidara fled to Bamako, hoping the Islamists’ ignorance about the texts would keep them safe. . . . "