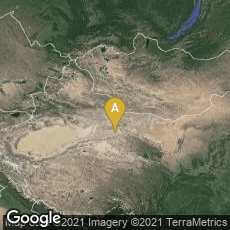 The different types of early Chinese bookbindings as exemplified by the Dunhuang booklets.

"In AD 755 a major rebellion in China forced the government to recall its troops from the western regions. The armies of the Tibetan empire moved in to fill the vacuum and most of the Silk Road towns, including Dunhuang, were under Tibetan control for the next century. Trade with central China was cut off and therefore previously imported items, such as high quality paper, were no longer available. Although Dunhuang was retaken by local troops loyal to China in AD 851, by this time Chinese imperial power was in decline and the contacts of the western regions with the centre were still not strong. From the quality of the paper and the colophons to some of the texts, we know that many of the booklets found at Dunhuang date from the late-Tang and Five Dynasties period (AD 907-960). Unlike many other items in the Dunhuang collection, the majority of these booklets were not produced in central China and brought in to the region, but were made locally in Dunhuang, often by the very people who used them.

"One of the most interesting aspects of the Dunhuang booklets is the sheer variety of different formats. Not only are there examples of both butterfly binding and thread binding, but there are also many booklets which have been made by combining features of different formats to create a new type of binding" (http://idp.bl.uk/education/bookbinding/bookbinding.a4d, accessed 05-21-2013).

In May 2013 I came across a remarkable illustrated study of early Chinese bookbinding techniques on the International Dunhuang Project: The Silk Road Online website of the British Library, from which the above quotation was taken.

Book History from 450 to 999 CE
Bookbinding by Hand