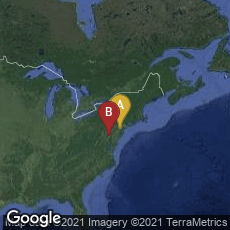 On May 1, 2013  Manu S. Mannoor and Ziwen Jiang of the Department of Mechanical and Aerospace Engineering at Princeton, Teena James from the Department of Chemical and Biomolecular Engineering at Johns Hopkins, and others published a letter entitled "3D Printed Bionic Ears," in NANO Letters of the American Chemical Society. In this they described and illustrated the first 3D printed bionic organ: an ear.

"Using 3D printers to create biological structures has become widespread. Printing electronics has made similar advances, particularly for low-cost, low-power disposable items. The first successful combination of these two technologies has recently been reported by a group of researchers at Princeton. They described their methods in a recent issue of ACS NANO Letters. They claim that their new device can receive a wide range of frequencies using a coiled antenna printed with silver nanoparticles. Interfacing their device to actual nerve is the next obvious step, begging the question — can it actually hear?

"The Princeton researchers previously developed a tattoo composed of a sensor and an antenna that could be fixed to the surface of a tooth. It was made from a combination of silk, gold, and graphene, and had the ability to detect small amounts of bacteria. Building on their knowledge, that team joined up with researchers at Johns Hopkins to build the electronic ear. Their 3D printer combined calf cells with a hydrogel matrix material to form the ear cartilage, and silver to form the embedded antenna coil.

"In testing, they were able to pick up radiowaves in stereo using complimentary left and right side ears. Later on they hope to be able to detect acoustic energy directly using other built-in sensors. There are many ways this might be accomplished, the trick is to find a pressure-sensitive material that can be easily printed. Other researchers have used 3D printing of a material called carbomorph to create piezoresistive sensors that change resistance when bent or stressed. These researchers have also been able to print capacitive button sensors to measure changes in capacitance, and even connectors for hooking things together.

"Printing biological structures that will be stable over time is a tricky business. The first stable 3D-printed ear was achieved not too long ago by researchers at Cornell using a very similar method. Since then, advances in bioprinting have progressed to ever smaller scales, culminating recently with a technique called 3D microdroplet printing. Using synthetic cell microdroplets, researchers could lay down geometrically precise tissues composed of human stem cells. These droplets could then undergo secondary developmental changes to their structure.

"The bionic ear is a long way from something that might be used in humans, if that is even the intent of the authors. Successful printing of organs and tissues larger than just a cartilaginous ear will require supporting elements for bloodflow and nervous enervation. A test device for printed tissues and organs that might include these essential primitives will undoubtedly be needed soon. It may eventually come to resemble some kind of living proto-humanoid machine — and would probably be a little creepy-looking. However, asking lab animals to shoulder our test burden, may hopefully soon no longer be necessary" (http://www.extremetech.com/extreme/154893-researchers-create-worlds-first-3d-printed-bionic-organ, accessed 05-27-2013).