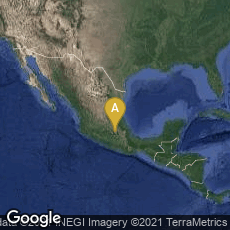 In partnership with Aztec men who were formerly his students, Bernardino conducted research, organized evidence, wrote and edited findings.  The resulting text, written in Spanish and Nahuatl, is best-known from the three-volume manuscript preserved in the Laurentian Library in Florence, called The Florentine Codex. It consists of about 2,400 pages organized into twelve books with over 2,000 illustrations drawn by native artists, providing vivid images of this era. The work documents the culture, worldview, and ritual practices, society, economics, and natural history of the Aztec people.  In the process of compiling the Historia general, Bernardino pioneered new methods for gathering ethnographic information and validating its accuracy.  He has been called the first ethnographer/ cultural anthropologist of the Americas.

The Florentine codex was translated into English by Charles E. Dibble and Arthur J. O. Anderson as Bernardino de Sahagún, Florentine Codex: General History of the Things of New Spain. Translation of and Introduction to Historia General De Las Cosas De La Nueva España. The translation was published in 12 Volumes in 13 Books by the University of Utah Press, 1950-1982.  In 2009 a complete color facsimile edition of the codex was published on 16 DVDs by the Bilingual Press of Tempe, Arizona.  A full color digital facsimile is available from the World Digital Library.