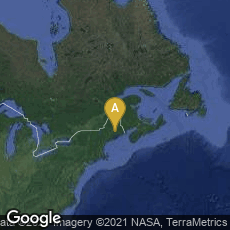 After his problematic experience in earlier in 2000 with the electronic distribution of his e-book novella, Riding the Bullet, Stephen King decided to release serial installments of his epistolary novel, The Plant, directly from his website in Bangor, Maine, and unencrypted.

"People could pay a one-dollar fee for each installment using the honor system. He threatened, however, to drop the project if the percentage of paying readers fell below 75 percent. He viewed the release as an experiment in alternate forms of distribution, writing on his website at the time, 'My friends, we have the chance to become Big Publishing's worst nightmare.' More than 200,000 customers downloaded free copies of the story in a 24-hour promotion through the Barnes and Noble book-selling site.

"The book received more than the desired 75 percent for its first installment, but it fell to 70 percent after installment two. With the third installment, the numbers surged back to 75 percent. All told, after six installments, King revealed that he'd made nearly half a million dollars from the release of The Plant in what has been called his e-book experiment. King decided to double the cost of the fourth part of the novel to $2, while at the same time doubling the number of pages to 54. He also promised to cap the cost of the entire book at a total of $13. Paying readers dropped to 46 percent of downloads. The number of downloads decreased overall as well.

"The last installment was published on December 18, 2000. The book is yet to be completed. The original installments are now available for free on Stephen King's official website" (Wikipedia article on The Plant, accessed 10-19-2013).