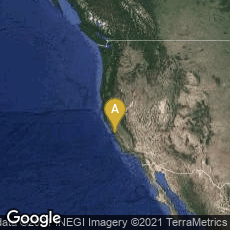 August 8, 2013 Dharmendra S. Modha, senior manager and principal investigator at the Cognitive Computing Group at IBM Almaden Research Center, unveiled a new software ecosystem to program SyNAPSE chips, which "have an architecture inspired by the function, low power, and comptact volume of the brain."

“ 'We are working to create a FORTRAN for synaptic computing chips. While complementing today’s computers, this will bring forth a fundamentally new technological capability in terms of programming and applying emerging learning systems.'

"To advance and enable this new ecosystem, IBM researchers developed the following breakthroughs that support all aspects of the programming cycle from design through development, debugging, and deployment:

"-         Neuron Model: A simple, digital, highly parameterized spiking neuron model that forms a fundamental information processing unit of brain-like computation and supports a wide range of deterministic and stochastic neural computations, codes, and behaviors. A network of such neurons can sense, remember, and act upon a variety of spatio-temporal, multi-modal environmental stimuli.

"-         Programming Model: A high-level description of a “program” that is based on composable, reusable building blocks called “corelets.” Each corelet represents a complete blueprint of a network of neurosynaptic cores that specifies a based-level function. Inner workings of a corelet are hidden so that only its external inputs and outputs are exposed to other programmers, who can concentrate on what the corelet does rather than how it does it. Corelets can be combined to produce new corelets that are larger, more complex, or have added functionality.

"-         Library: A cognitive system store containing designs and implementations of consistent, parameterized, large-scale algorithms and applications that link massively parallel, multi-modal, spatio-temporal sensors and actuators together in real-time. In less than a year, the IBM researchers have designed and stored over 150 corelets in the program library.

"-         Laboratory: A novel teaching curriculum that spans the architecture, neuron specification, chip simulator, programming language, application library and prototype design models. It also includes an end-to-end software environment that can be used to create corelets, access the library, experiment with a variety of programs on the simulator, connect the simulator inputs/outputs to sensors/actuators, build systems, and visualize/debug the results" (http://www-03.ibm.com/press/us/en/pressrelease/41710.wss, accessed 10-20-2013).