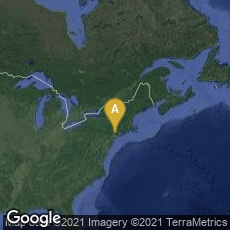 "For many years, Reader's Digest was the best-selling consumer magazine in the United States, losing the distinction in 2009 to Better Homes and Gardens. According to Mediamark Research, it reaches more readers with household incomes of $100,000+ than Fortune, The Wall Street Journal, Business Week and Inc. combined.

"Global editions of Reader's Digest reach an additional 40 million people in more than 70 countries, with 49 editions in 21 languages. It has a global circulation of 10.5 million, making it the largest paid circulation magazine in the world. It is also published in Braille, digital, audio, and a version in large type called Reader's Digest Large Print. The magazine is compact, with its pages roughly half the size of most American magazines'. Hence, in the summer of 2005, the U.S. edition adopted the slogan, "America in your pocket." In January 2008, it was changed to 'Life well shared' " (Wikipedia article on Reader's Digest, accessed 10-29-2013).